Entry of PFSV Neuss e.V. into the sport club register. The idea of ​​founding an association arises in the largest parish of Neuss, called “Christ-King”. A large part of the community members should get the chance to do sports.

The "community of interest for the establishment of a sports club for the police and fire-brigade" takes first steps for the establishment of a common police and fire-brigade sports association Nordstadt Neuss 1961 e.V. The association already strives for a fusion with the sports club DJK Nordstadt. First talks are held on 19 May 1969 in the Fire Station East of the fire department on the Hammer Landstraße. Only a few months later, Neuss lawyer Dr. Seitz creates a first statute of the PFSV Neuss 1961 e.V. In July 1969 the statute of the PFSV Neuss 1961 e.V. is presented to more than 100 new members in the restaurant Türk.

The first board consisted of the following members: 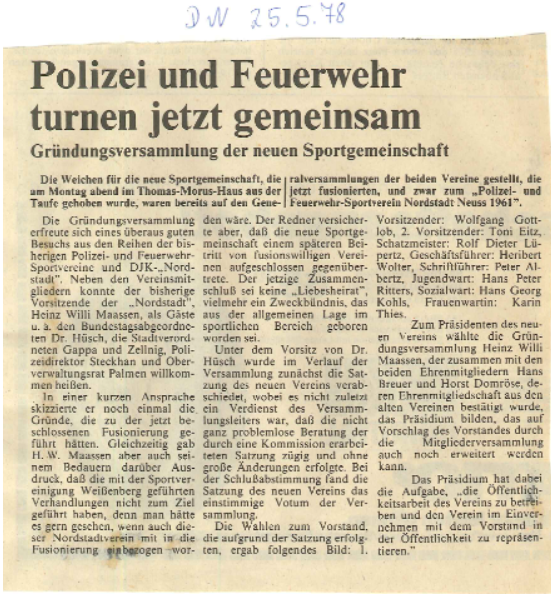 Report on the merger with the police and fire brigade sports club Nordstadt Neuss 1961 e.V.

The district sports facility Stadtwald is provided to the citizens and the PFSV Nordstadt Neuss. 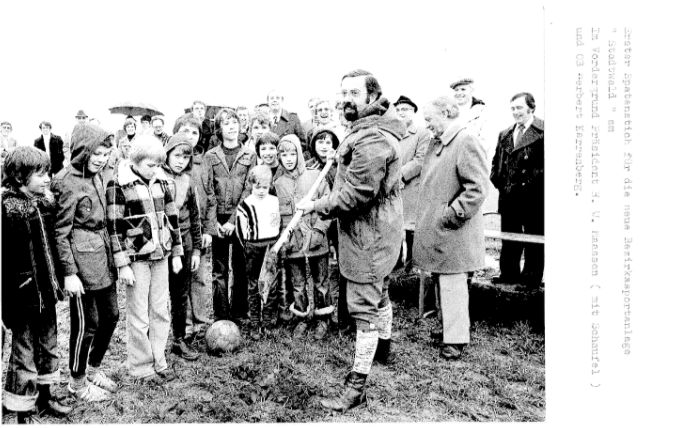 Commitments to the game PFSV Nordstadt Neuss 1961 e.V. against the national team of the Bundeswehr. 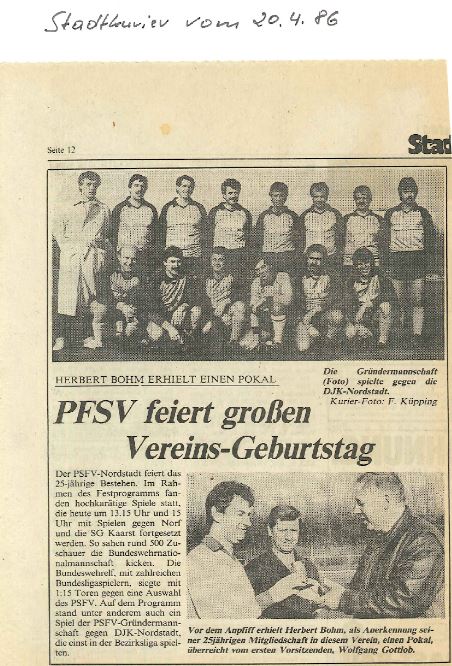 Report to the anniversary celebration from 20 April 1986 in the city courier.

For the 40th anniversary of the club the PFSV Nordstadt Neuss 1961 e.V. organizes a large sports week. 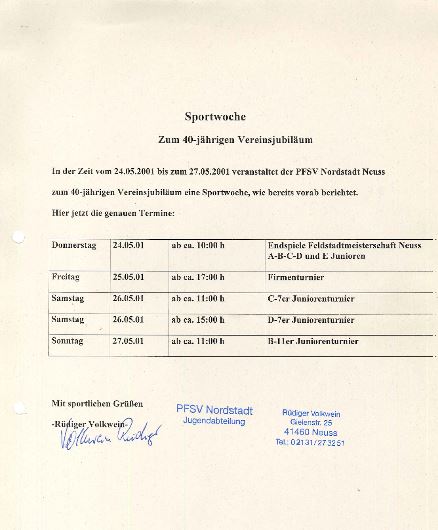 Procedure of the sports week for the 40th anniversary of the club.

Peter Soliman, Managing Director of the neighboring ISR - International School on the Rhine, is elected 2nd Chairman of the PSV Neuss 1961 e.V. A large-scale cooperation is planned, in the framework of which, among other things, the district sports facility Stadtwald should be modernized. The construction of an artificial turf pitch and a plastic track on the Bezirkssportanlage Stadtwald are planned.

The current board of PSV Neuss 1961 e.V. consists of the following members: 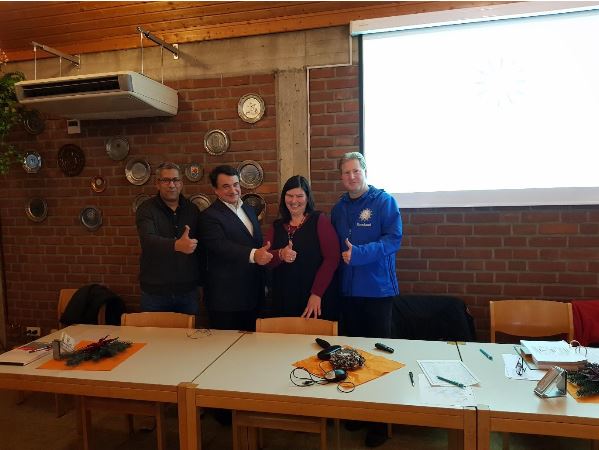 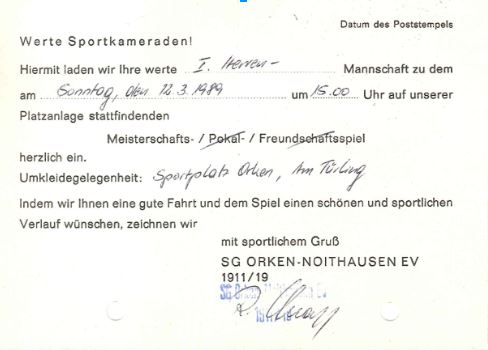 Invitation to a championship game from 1989. 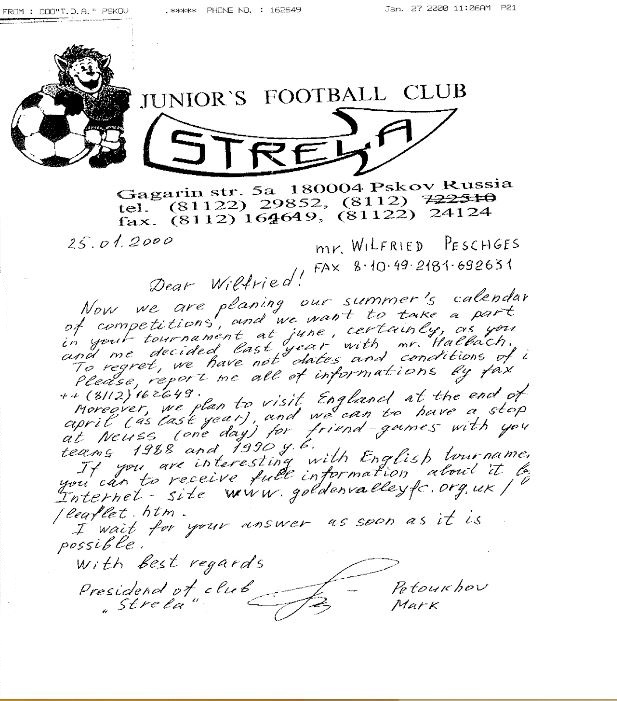 International friendship with the football club Strela from Russia. 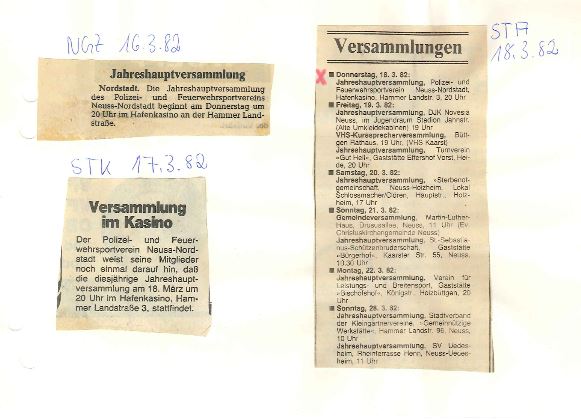 Unconventional general meeting in the casino in 1982.
Become a partner