Corona-virus: Stop training in all departments 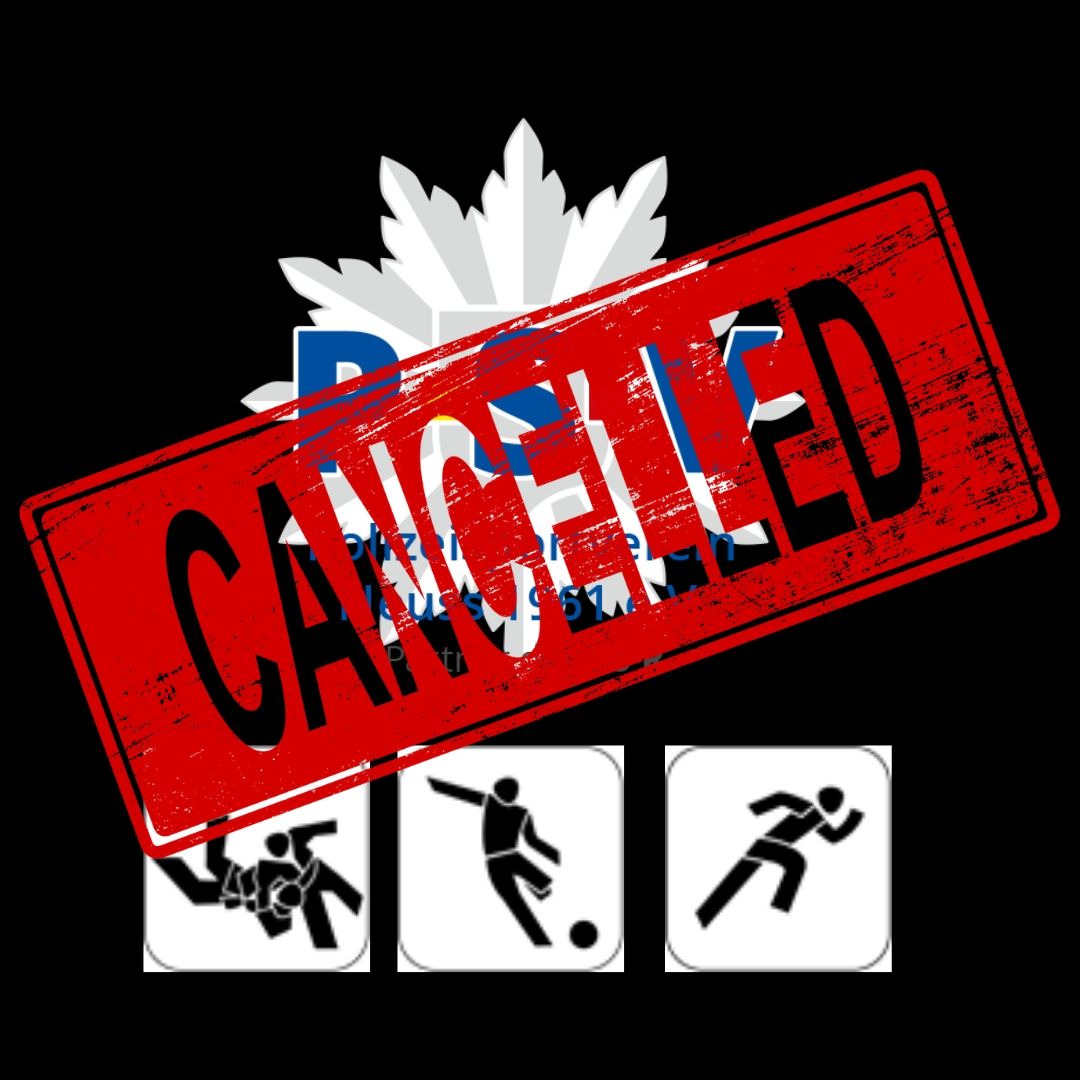 Due to the worsening situation of the Coronavirus, the Ministry of Culture and Science of the State of North Rhine-Westphalia in conjunction with the State Government, has decided that the school will be closed until April 20. Therefore, as a sports club, we now also see ourselves forced to stop training in all departments until April 20, 2020.

Your health, as well as your well-being, have the highest priority in our club and therefore we try by all possible means to contribute, albeit in a minor way, to protect you from the virus as well as to prevent its' spread.

We regret the loss of training sessions, but, in view of the current and predicted developments, consider our decision to be reasonable and appropriate. We have the obligation as an association to prevent our members from any potential danger and ask for your understanding taking this into account

If you have any further questions, please do not hesitate to contact us.

With best regards and stay healthy

On Tuesday, 26.11.2019, a highlight of the year took place on our PSV facility - for the first time in the club's history a Christmas party was celebrated for all PSV members and departments and a large Christmas tree was set up on the grounds.

The Christmas party was attended by hundreds of members, friends of the association and families of our partner school ISR, in order to introduce the Christmas season in a reflective and fitting way. There was plenty of food with sausages, fries and homemade waffles as well as mulled wine and children's punch.

ISR's kindergarten and primary school children made colourful Christmas decorations for our Christmas tree and decorated the Christmas tree together with their parents that evening, thus contributing to the association's Christmas party.

The managing partner of ISR, Mr. Soliman, opened the celebration with a speech and sang a short Christmas song with some of the children. This was followed by the highlight of the evening - the Christmas tree decorated by the children was snapped on with its 15-metre-long chain of lights. All participants and visitors were enthusiastic about this festive sight and had a lot of fun at the celebration, could exchange themselves and enjoy the evening together.

Without the many volunteers, donors and supporters, this celebration would not have been possible and the cohesion of our PSV community has shown that PSV continues to experience a new upswing.

We are already looking forward to many more joint events with you today! 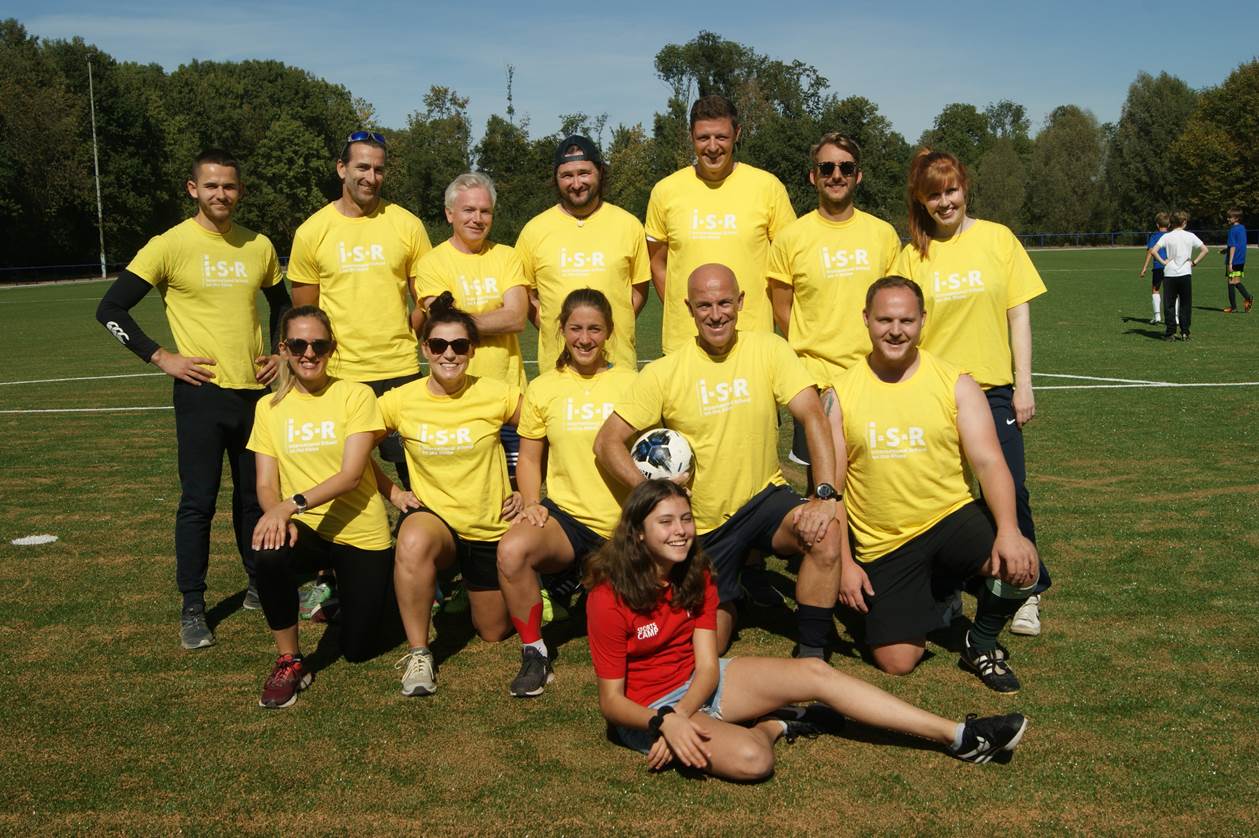 On Saturday, September 14, 2019, ISR’s annual Family Fun &amp; Sports Day took place. On the new
artificial grass football pitch, which was built at the PSV Sports Club, we held a teacher versus
student match. The teachers won the first game and the second game, the teachers played against
the American football players of the Talent Project and the students won by penalty kicks. Both
games were fun and competitive and we are pleased that our new artificial pitch is now available to
all students and club members.

On Thursday, 26.09.2019, the opening ceremony of the new artificial football pitch took place.

The Mayor of Neuss, Mr. Breuer, opened the celebration of the artificial football pitch with a lively speech about the transfer of the district sports facility to ISR, as well as the advantages for both parties: “Today is a very pleasant day for the sports city of Neuss. Thanks to this very special cooperation, many people, especially young athletes, will benefit from the modernization of this facility". After the Mayor's opening remarks, Mr. Soliman, Managing Partner of ISR, Mr. Fuchs, Chairman of the ISR Advisory Board, and Mr. Kudzia, Chairman of PSV, welcomed the visitors and explained the positive relationship between PSV and ISR. At the same time, the gentlemen emphasised that the renewal of the artificial turf pitch placed great emphasis on sustainability with the use of microplastic deliberately avoided. PSV Chairman Martin Kudzia was also delighted about the joint cooperation with ISR, which will ensure a high-quality range of sports activities for every generation. The official opening took place symbolically with the cutting of the opening ribbon by the Mayor Breuer and two kindergarten children of ISR.

The afternoon was rounded off by the show training of the American players from the Talentprojekt on the new playing field. The artificial turf pitch was completed in a record time of less than ten weeks, of which PSV is very proud after the long planning process.

Not only will our 500 PSV members benefit, but also the approximately 960 ISR students will benefit from the modern facility.

To date, ISR has invested between 1.2 and 1.3 million Euros in the facility, of which around half a million has been invested in converting the facility and renovating the various buildings on the grounds. Further projects are planned to continue to improve the facility including the renewal of the ash running track, which is expected to be completed in spring 2020.

For this reason, dear members of PSV, you can look forward to further renovations and to the expansion of our facility! 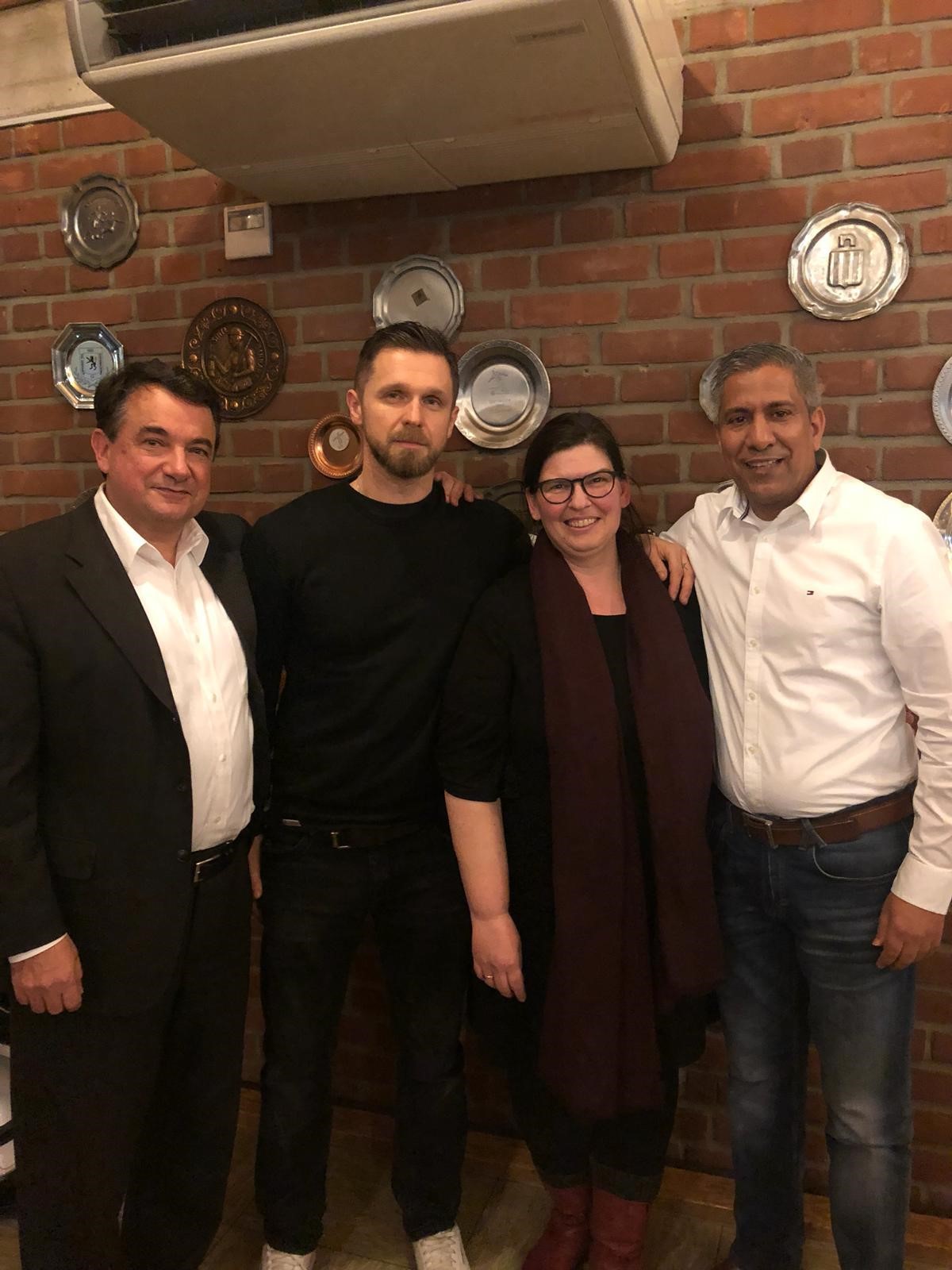 On February 11, Martin Kudzia was elected new 1. chairman of PSV Neuss 1961 e.V. Martin Kudzia has headed the Triple Alpha Combat department of PSV over the past few years and is looking forward to the years to come. "We are currently experiencing an exciting phase, because the tradition in our club meets the modernity of the ISR International School on the Rhine. It's a cooperation as equal partners, "says Kudzia.